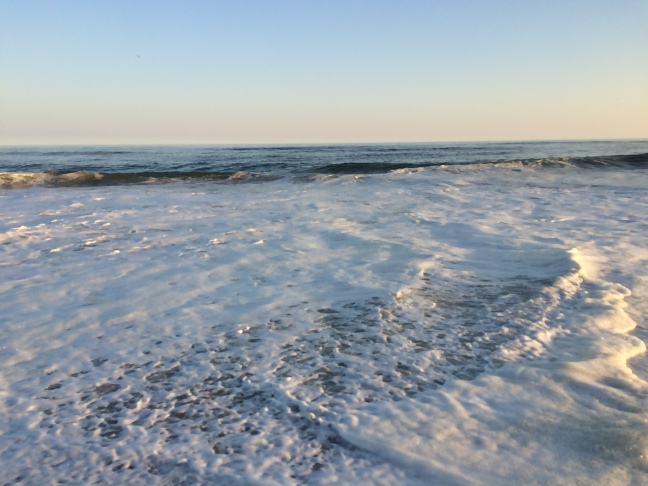 I often think that language fluctuates with our health, functioning in no small measure as an indicator of our well-being. Happy people talk a lot, and they have much to say. They use colorful words, they make an effort to express their thoughts and explain them with words that shimmer with joy and meaning. They want to make sure you don’t miss any part of their story of the day, whatever that is. Children are an amazing example: when they are happy they talk, and they talk, and they talk, following you around the house like little engines that no one can turn off.  There is a vibrancy of language there that to me, at least, signals the soul when it is utterly alive to the world.

When we are unwell physically, emotionally, or spiritually, we migrate inwards.  Take for example the spouse or the parent who is receiving treatments for a heavy illness, or who has lost a job. We communicate less, and eventually retreat into silence.  Or take the child who is being intimidated or bullied at school. Language itself becomes sparser, more obscure, as we tend to hide our pain behind few well-chosen words, so that we could take the much-needed time to heal. When we re-join the buzz of the world, we re-join it first with words: we talk more, we return calls, we describe in more detail.  ‘Speech after long silence”–Yeats’ line comes to mind.

An altogether different phenomenon takes place in public life. Paradoxically, when the world is well, if ever, we receive fewer news, and the language is more bland. I am nostalgic for the Obama years when I was happy to skip the evening news and settle for some documentary, or a book, or cooking with a glass of wine and the noise of the family around the kitchen. Since we elected our new president, I am going to bed every single night with a splitting headache, and the more the head hurts, the more obsessively I watch/read/listen to the news, hoping for some kind of reprieve.  What I notice instead is the alarming rate with which the public discourse has been deteriorating. Inflamed, disrespectful language has been churning all over the world, launched from our own very seat of power to the point that today, as I write this, we are on the brink of nuclear war with North Korea.

Closer to home, the temperate voices of those who are asking Americans to please consider asking our government to provide services for all the tax money we obediently send into its coffers, are drowned into inflamed rhetoric that slaps the word ‘socialism’ into people’s faces to confuse them into accepting a health care system meant to feed the crooks. The language used in our current public discourse gives me a deep sense that our well-being as a people is in question: we live in a society where few have too much, most have too little, and everyone in power is fighting for the soul of the poor with populist rhetoric that only stokes more fear and uncertainty.

Listening to debates over health care, reading tweets from the highest office of power, watching the news that would inflame every conflict on earth just to get a headline that pays with ratings, makes me wonder about the notion of temperate, moderate language.  At deeper levels language is a barometer that constantly measures the health of a culture. Clearly the words we are being fed every day–from news to advertising, to cheap TV shows that play at people’s delusions, to political slogans–are very well-chosen and calibrated for very specific psychological effects, which yield the most financial rewards.  Language is, after all, a construct, and a means of communication.  I wish it could be calibrated for a sense of balance, and reason, and calm, so that we can see through the whirling sand in order to make our way to safety and peace.