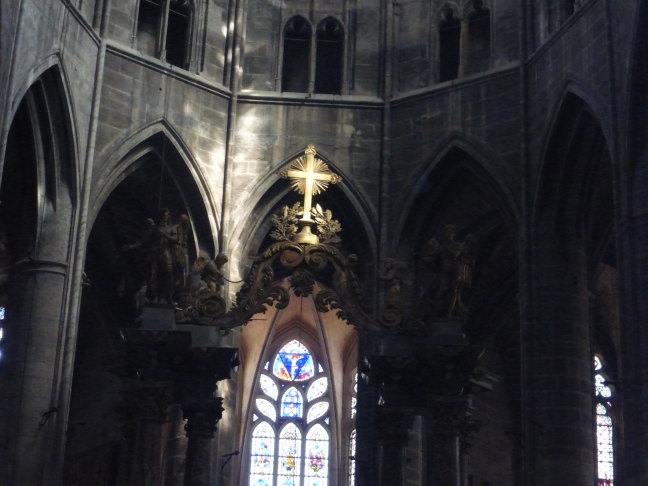 Wallis Wilde-Menozzi, an American writer who has lived in Parma, Italy for nearly forty years, is something of an underground secret. Her memoir Mother Tongue: an American Life in Italy is being reissued by Farrar, Straus and Giroux and is a classic among conoscenti. The poet, translator, and memoirist has a depth of knowledge and an original cross-cultural perspective that puts her in a category all her own. Her novel, Toscanelli’s Ray, a prescient, heart-rending book, set in Florence in 1994, anticipates the reality of Europe today. Her characters, an Italian scientist, an American sand therapist, a Florentine peasant, Nigerian and Eastern European prostitutes show us the utterly strange world we live in, where different and disconnected realities exist side by side. Inside each character’s mind as he or she makes decisions that feel unexpected until they occur, the reader encounters lives that seem utterly tangible and real.

The novel spans fifteen hours, beginning in the night before the ceremony for the summer solstice, when the 15th century astronomer Paolo Toscanelli will be commemorated for a measurement once intended to help the Church find a universal date for Easter. The ray, which strikes the meridian in Santa Maria del Fiori quite respectably within modern calculations, announces time that is equal for each of these conflicted lives. Perhaps not coincidentally, the year in which the book is set is that in which Silvio Berlusconi comes to power. The city is a gritty, busy, corrupt one, where all are implicated: the American is breaking rules by excavating an Etruscan tomb, the Italian professor is having an affair with his research assistant, the Nigerian is struggling to sort out her life and that of her daughter.

Midway through Toscanelli’s Ray, Irene, a gypsy prostitute knocks on the door of a convent in Florence and leaves her friend’s daughter, little Farina—Flour— to the good will of the nuns. Farina is not yet four but has, miraculously, taught herself to read and write. The gypsy, who abandons Farina to more capable citizens, believes the girl is destined for something larger than a life on the streets; she dreams the child will outstrip the social condition of her birth, and the shame of her Nigerian mother who had been falsely promised a better life in a rich and beautiful Italy. Startled and terrified by her otherness and their responsibilities, the nuns can only think of baptizing her, where unwittingly they turn her into an object of curiosity and debate, ignoring her very soul. Sister Gertrude, who is assigned to Farina, leaves her alone while preparing her bath and Farina, who is desperate, writes words that she knows across the pristine walls. ”Wolf” is one of them. Sister Gertrude, who is startled by the child’s independence, but mostly by her ability to communicate, comments to herself:

“Imagine that secret of writing, real writing, across the walls. It was like discovering a prehistoric tomb. The sisters weighing up the future of the little girl—police or no police—to baptize or not as if the plague would snatch her before the afternoon—they were overlooking the child herself. Whether or not she needed a Christian name. How dare they worry about such things when the young concentrated face already possessed hands that knew how to write.” p. 203

Farina’s writing, seen through the metaphor of the prehistoric tomb, is oracular: she is born of cruelty and is filled with love, she cannot be categorized, she is to be interpreted perhaps as the ancient desire of the soul to sing itself out into life.

The essence of Wilde-Menozzi’s mesmerizing novel lies in her ability to look at our common humanity from deep inside the minds of utterly realistic, tangible characters, who take us into their experiences with enviable naturalness, only to leave us there, startled and utterly involved. After reading this book, one is tempted to look for Farina on the steps of the convent, or expect to run into Maria Grazia, blossomed into her pregnancy, on her bike near the University, or peer over stony walls to search for Susan with her hands in the sand, each harboring both despair and strength. This is a beautiful and disturbing book that brings Florence down from the art history books into the heat and sweat and the hopes of its current inhabitants who live in the shadow of the timeless statues and churches that hold the city’s old glory.